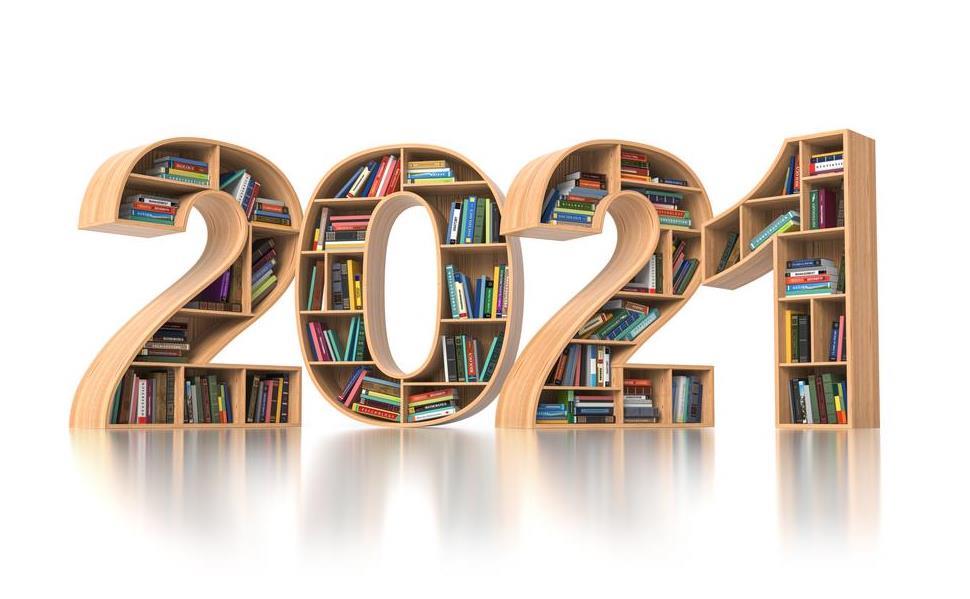 For me, for many, 2020 has forced an appreciation of the hyper local. Especially in Melbourne, where – for months – people were confined to long hours at home and short forays within a tight 5 km radius. Daily walks a sort of neo-Victorian stroll: going out to exercise, but also to see and be seen.

And as a host of a radio show and podcast – interviewing live and cutting shows together while my dog ​​slept or growled impatiently at my feet – I have never felt the urge to connect with local writers and writers more keenly.

In containment, I introduced new segments to promote local books and authors. And in judging the Small Press Network’s first book of the year award, I saw the role that local independent publishers could play in increasing the breadth, diversity and complexity of Australian literature.

So, with that in mind, the books I look forward to the most for next year are the work of local – often small – independent presses across the country.

In February, Giramondo offers award-winning novelist Fiona McGregor Buried not dead, a collection of essays – “portraits of artists, writers, dancers, tattoo artists and DJs who have marked culture over the past thirty years”.

Giramondo will also be releasing a non-fiction collection, No document, the second book by one of Australia’s most talented critics, Anwen Crawford. His first – Live through it (one of Bloomsbury’s 33 1/3 small book series on Landmark Albums) – was an intelligent and empathetic look at the impact of Hole’s founding album. I’ll read whatever Crawford writes. I advise you to do the same.

In early March, Melbourne Scribe publisher kicks off with Alison Croggon’s Monsters: an account – a “hybrid of memory and test” which starts from a painful break between two sisters exploring how “the structures in which we are brought up break down and distort the possibilities of our lives and those of others”. Also, in March, arrives Madelene Ryan’s A room called Earth, a first novel by a neurodiverse author who “explores the magical, sensitive and passionate inner world of a young woman”. At the end of this busy month, the publisher delivers Black and blue: a memory of racism and resilience in which writer and proud Kurnai woman Veronica Heritage-Gorrie recounts her time as one of Australia’s few Aboriginal policemen and the ‘appalling institutional racism and sexism’ she faced – and continues to speak out as a writer and activist.

Read: Most Popular Reviews of 2020

Text Publishing offers its typical range of high quality offerings in all genres. And in the first half of the year which includes the highly anticipated second book by Victorian Premier Literary Award winner Sarah Krasnostein, The believer – an empathetic look at six people who believe in the outer regions of the belief “of ghosts, gods and flying saucers”, examining the stories we tell ourselves to “face the distance between the world as it is and the world as we would like it to be ‘. Also in March, don’t miss Leanne Hall’s YA mystery, The holes, the first novel by Kavita Bedford, Friends and dark forms, and The shape of the sound, Fiona Murphy’s memoir about self-acceptance and societal pressure that led her to hide her deafness for 25 years.

Based in Broome, WA, Magabala Books is the largest publisher of Aboriginal and Torres Strait Islander authors in the country. It’s an increasingly recognized small press – winning last year’s Prime Minister’s Literary Award for children’s literature, for the beautifully illustrated Cooee Mittigar: A Story About Darug’s Songs (by Jasmine Seymour; illustrated by Leanne Mulgo Watson). Upcoming children’s books include Ambelin Kwaymullina’s Billie and the Blue Bike which is “a fun and engaging way to introduce young children to financial literacy,” with a special focus on Aboriginal and Torres Strait Islander readers.

Adelaide’s leading independent press, Wakefield Press, will publish Jelena Dinic’s award-winning collection of poems at the Adelaide Festival Unpublished Manuscript Award titled In the room with the wolf. In April, Stephen Orr’s playful version of Australian literature’s most famous hoax, Sincerely, Ethel Malley – a novel which eats away at Australia’s malaise with its own literary pretensions and eats away “the nerves of a culture in which we have never really trusted”. Mid-Year Brings Libby Trainor Parker’s Memories, Endo Days: life, love and laughter with endometriosis. And later in the year comes Hometown Haunts: Horror Tales #LoveOzYA – a collection of YA genre stories from established and emerging writers, edited by Poppy Nwosu. Also in Adelaide, the new independent MidnightSun releases Irma Gold’s first novel, a travel thriller Breaking.

In July, the University of Queensland Press (UQP) publishes the book by Larissa Behrendt After the story, a novel about an indigenous lawyer showing her mother the literary monuments of England, celebrating “the power of words and the still spaces in between”. And in August, UQP brings a new collection of short stories from acclaimed writer Tony Birch, author of (among many other titles) The white girl – winner of the 2020 NSW Premier’s Award for Indigenous Writing.

Sydney’s brand new independent Ultimo launches debut novel, Hannah Bent’s When things are alive, they buzz. And later in the year, continue with Diana Reid’s Love and Virtue. Written during the lockdown, the first novel was (according to Books + Publishing) “explores the signage of virtue and moral ambiguity in a contemporary academic setting” and was purchased in a “hotly contested eight-publisher auction.”

Of course, Australia’s largest independent press, Allen & Unwin, should be included here. Notable local titles to come include the highly regarded award-winning literary author, Susan Johnson’s latest novel, From where i fell (released in March). Also, a WWII spy thriller by a literary journal Kill your darling Publishing Director, Rebecca Starford (February). Also, I will not be the only one to anticipate the new autofiction book by Christos Tsiolkas 7½, and that of Michelle de Kretser Scary monsters – both later in the year.

Read: What makes bookstores so valuable?

More interesting still, (and in a move that seems torn from the pages of the TV show, Younger) A&U is entering the independent market with a promising new footprint, Jeanne (Slogan: Radical, Inclusive, Rebel). Directed by writer, actor and director (TV Black comedy; and the future, Preparers) – Nakkiah Lui, and named after his grandmother, the new imprint aims to, according to him, ‘create space for voices that are pushed to the sidelines, because when our most vulnerable follow their dreams, they create limitless dreams for the rest of us.‘ I can’t wait to see where the tremendous vision of Him leads.

I am also delighted to read Black Inc’s Growing up with a disability in Australia (February) edited by Carly Findlay. And in June, Alice Pung’s One hundred days – his second foray into fiction, this time with an adult novel.

And… keep an eye out for titles coming out via Subbed In. This small literary press has released bags of interesting literary titles and contemporary poetry in 2020, including Cham Zhi Yi’s excellent collection Ann Elder Poetry Award, blur by the.

Finally, consider heading to your local independent bookseller and trying your luck with a book from a small press and a local author. Perhaps you will make a chance connection that will make you look again at where you are, who you are, and what you read.

Melissa Cranenburgh (@ thetwits2) is an animator, teacher, editor and writer. Her Pass show on RRR is a weekly look at books and writers.