The Deaf Institute has been at its Grosvenor Street site for nearly 144 years, so of course it has a story to tell!

Originally built in 1878, The Institute for the Deaf has been a familiar face in Manchester’s iconic music scene for some time now.

The magnificent building, with its intricate Gothic architecture, could easily be mistaken for a church, and its lavish, almost mansion-like interior adds to the mystery that surrounds the untouched place.

I’ve spent many evenings at the Deaf Institute, drinking pints and watching bands in the main hall with its old Shakespearean theater aesthetic and blood-red draped curtains.

The venue’s club nights are also iconic, hosting everything from 80s-themed dance-a-thons “Girls at the Movies” on their last night ‘Round whip’, an exploration of post-punk and new-wave genres where you can expect to hear everything from devo at DC Fountains and stone roses. BUT, The Deaf Institute hasn’t always been a place to boogie… 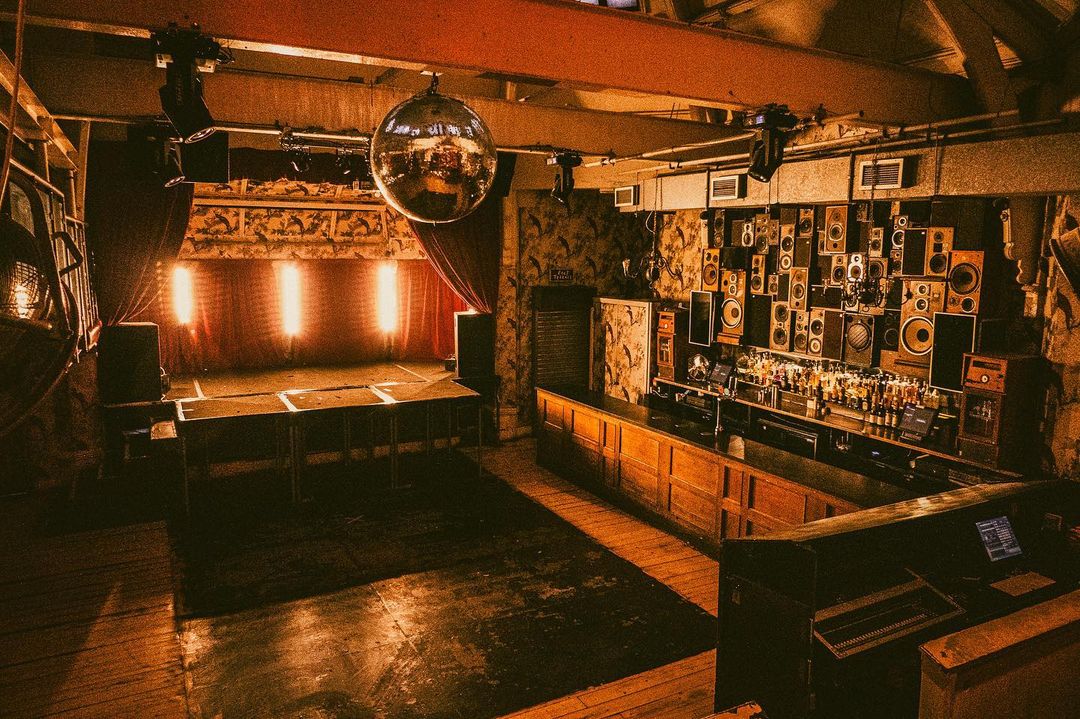 The intriguing name itself is linked to its previous use – formerly named Manchester’s Institute for Deaf and Dumb Adults, as it is inscribed in the masonry above the entrance. We also want to mention that “deaf and dumb” is no longer an acceptable phrase, and where it is used in this piece it refers to its historical context.

The building was designed by John Lowe which channeled the Gothic style of the time, with a structure featuring a bold sandstone facade, slate roof and arcades throughout, including the windows and wide main door.

Although the building dates back to 1878, the Deaf Institute was founded decades earlier in 1824. Its original purpose was to support and educate local children with hearing loss and other disabilities. The children learned to read and write using an early form of sign language, which allowed them to develop essential communication skills and engage with the world. In 1850 the Institute for deaf and dumb adults was formed on John Dalton Street, but, in 1870, it was decided that the adult community deserved its own purpose-built place, what we now know as The Deaf Institute on Grosvenor Street.

He had a gymnasium, coffee room, a classroom, reading and conference rooms, as well as a Chapel. It’s great to think how juxtaposed this piece of history is with the venue that now hosts beautifully queer club nights such as Bollox!

In 1907, a fire broke out at the site, caused by faulty wiring. That meant the place was pretty much gutted from head to toe. Around 30 members who were in the building at the time managed to escape unscathed, but unfortunately the building was badly damaged. 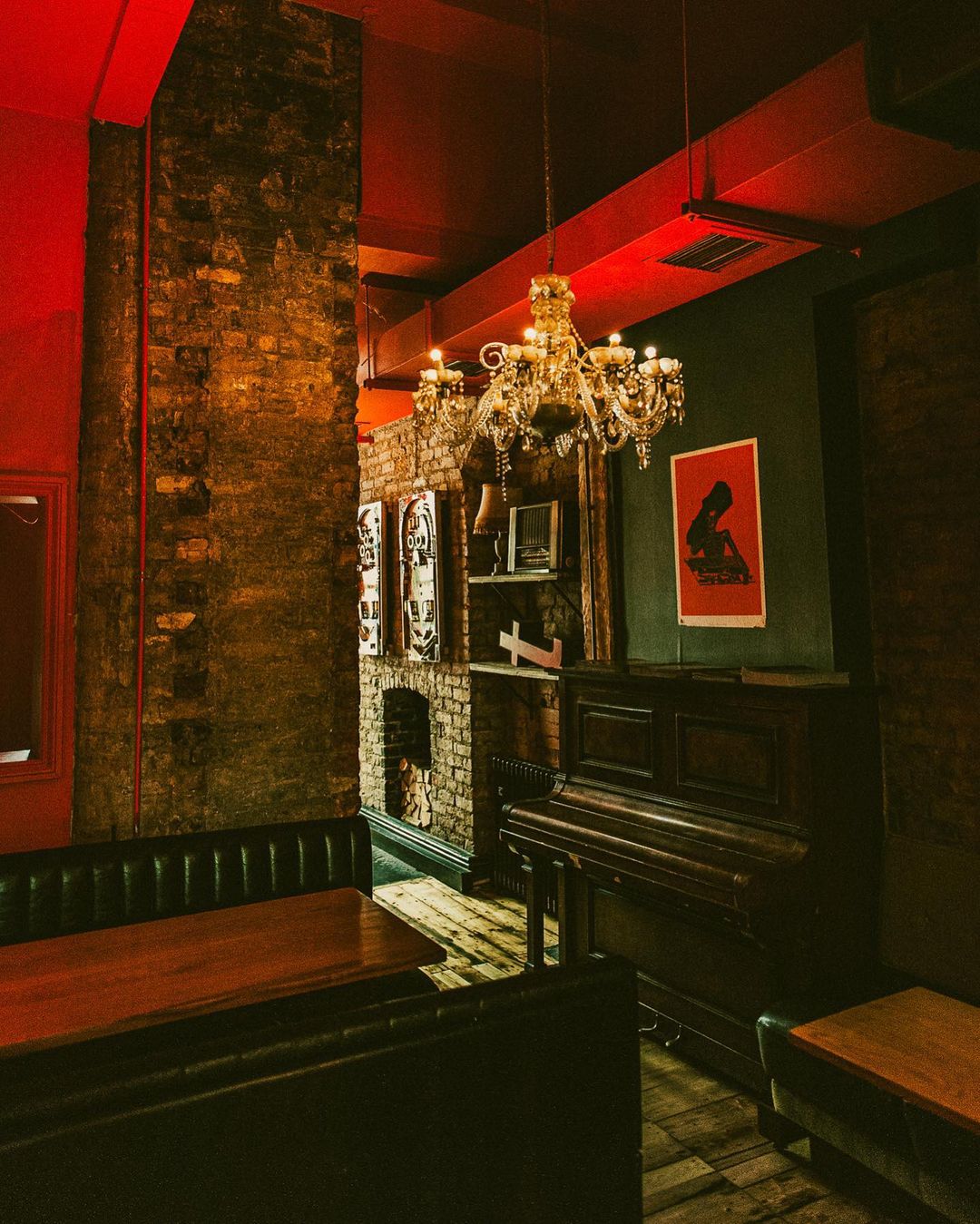 After that, the place remained practically empty until the 1940s, when the Blitz destroyed Church of All Saints, which was not far from The Deaf Institute, and its chapel was used to hold religious services for All Saints Day.

In 1987 the venue had a short stint as a wine bar and bistro, then later in 1999 it became an electronic arts center. It wasn’t until the turn of the millennium that the bar began life as an alternative, accepting the cultural arts center it is today.

So that’s a brief overview of the Deaf Institute’s legacy up to the middle of the 20th century. The venue’s musical history is equally rich, as it has hosted some amazing artists over the years.

The XX, war paint, Johnny Marr, Metronomy and Jarvis Cocker all played in the room, looking for a little action under the disco ball that hovers above the heads of the spectators like a huge disco-covered planet. The place also has a bar in the basement, perfect for private parties and weekend mischief! 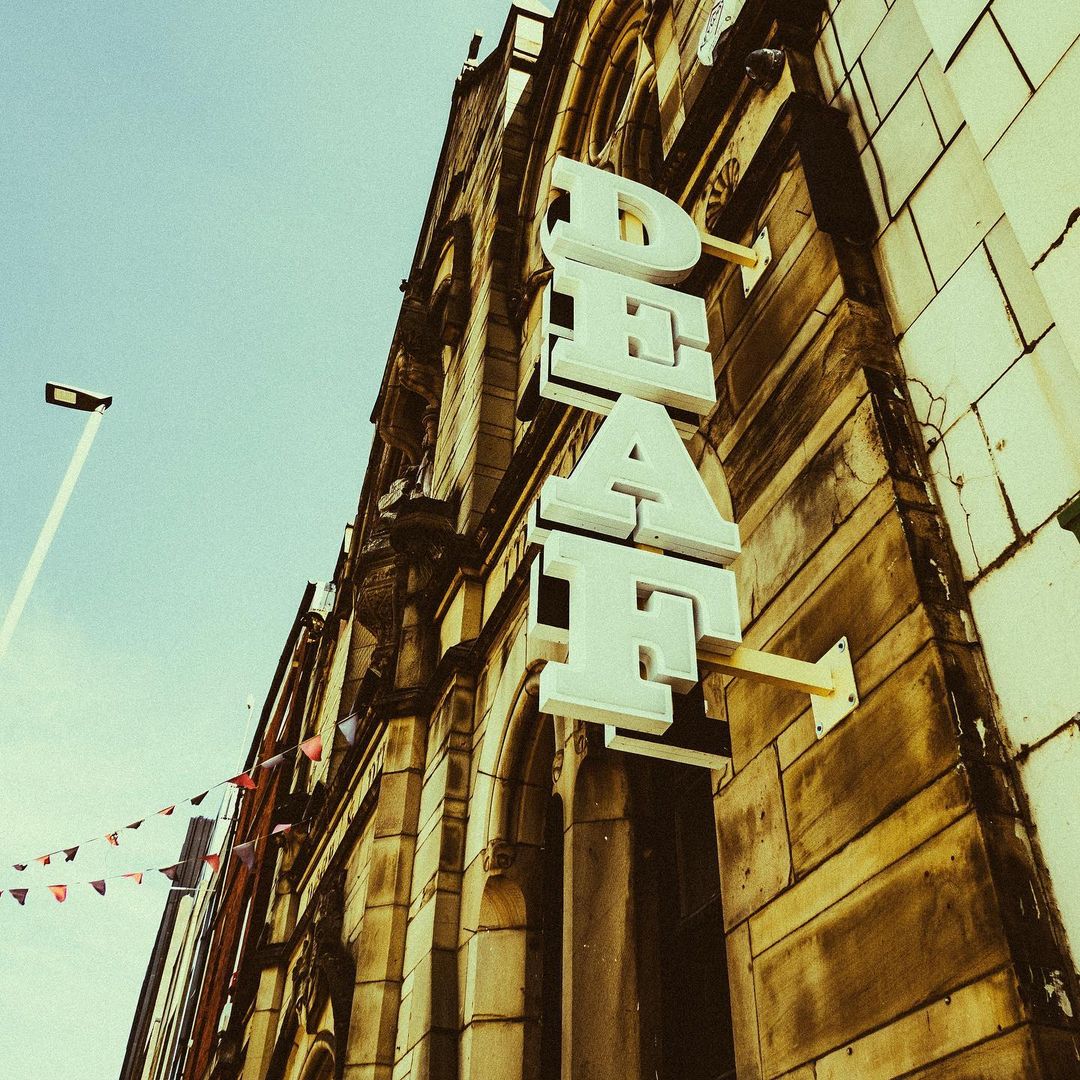 Like many hospitality businesses, The Deaf Institute faced a huge challenge last year during COVID-19 as an operator at the time, Mission Mars struggled to cope with the effects of the lockdown and the venue went into administration. But, his knight in shining armor came in the form of Tokyo Industries, which operates dozens of sites in the north of England, and has reached an agreement to bring them back to normal.

The all-vegan company has made the venue its full-time home, serving up an exquisite menu of dishes that all have a very familiar theme. For example, you will find the ‘Girlfriend in a Korma‘ plate, ‘Madras is murder‘ and ‘Burgerism starts at home‘. VERY puny. 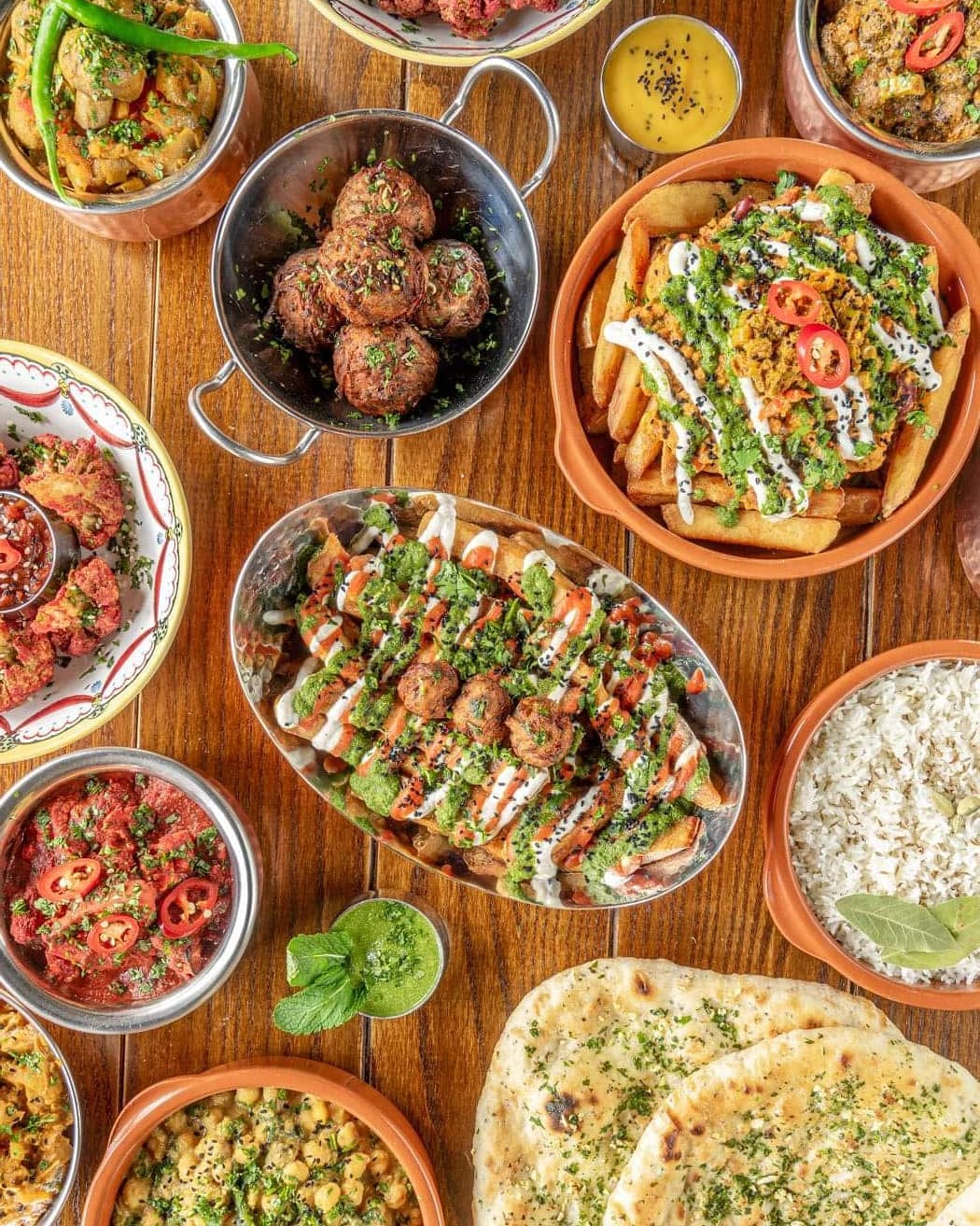 Chefs Tom and Max launched the company in March 2020, just before the world went crazy. Originally created in hatch, the duo had planned a summer full of festivals and pop-ups, but COVID had other thoughts.

But, they haven’t given up on the business and through perseverance and patience, they are absolutely thrilled with their residency at The Deaf Institute and are open Wednesday through Sunday from 4pm to 10pm. They’re an amalgamation of all that’s great about northern Britain’s cultural diversity, living for the music and having a wacky sense of humour. Oh, and the food is absolutely AMAZING too.

I know you’re dying to go to the Deaf Institute now, and who can blame you?! The bar and live music venue is a total feast for the eyes, ears and taste buds, hosting weekly events and amazing independent street food, plus a plethora of live music to fill your plans.

Here’s a quick roundup of some we think you should make room for in your diary this year! 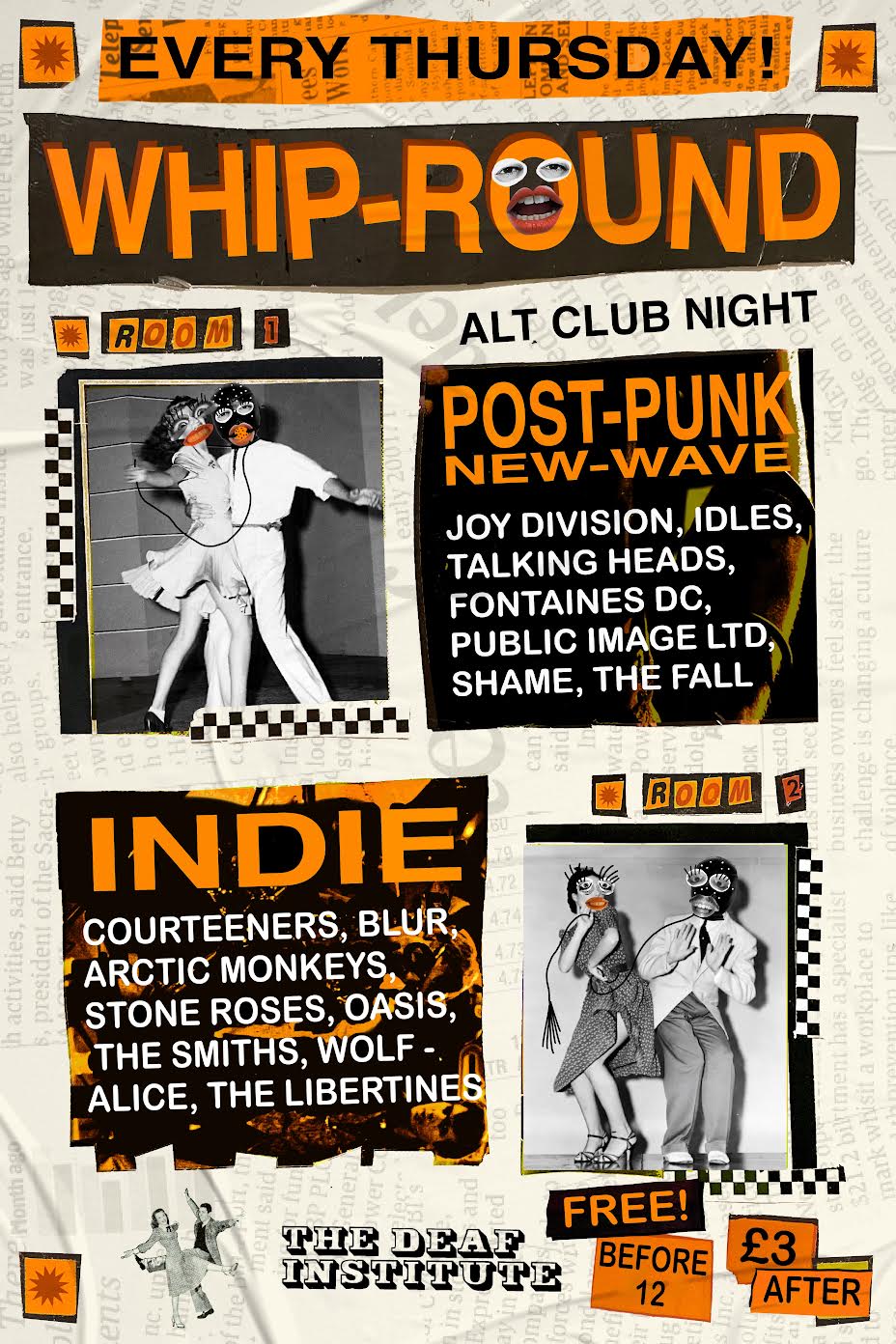 round whisk
Thursday January 20
Deaf Institute’s brand new spanking club night starts this Thursday! There’s plenty to be excited about too, as it’s now poised to establish itself as one of Manchester’s top alternative club nights, exploring post-punk and new-wave genres in its main venue. You can expect everything from DC Fountains, at Shame, Wolf Alice and The Libertines at the club, and the event was carefully organized by the staff on site! The Mary Wallopers
Sunday January 23
Traditional Irish folk music performed by a band of mustachioed hipsters. That’s probably the best way to describe The Mary Wallopers. These heavy drinkers from Dundalk epitomize all that is great about Irish culture; catchy songs, knee-snapping tunes, a craving for a good pint of Guinness and lots of laughs with their extremely obscure lyrics. 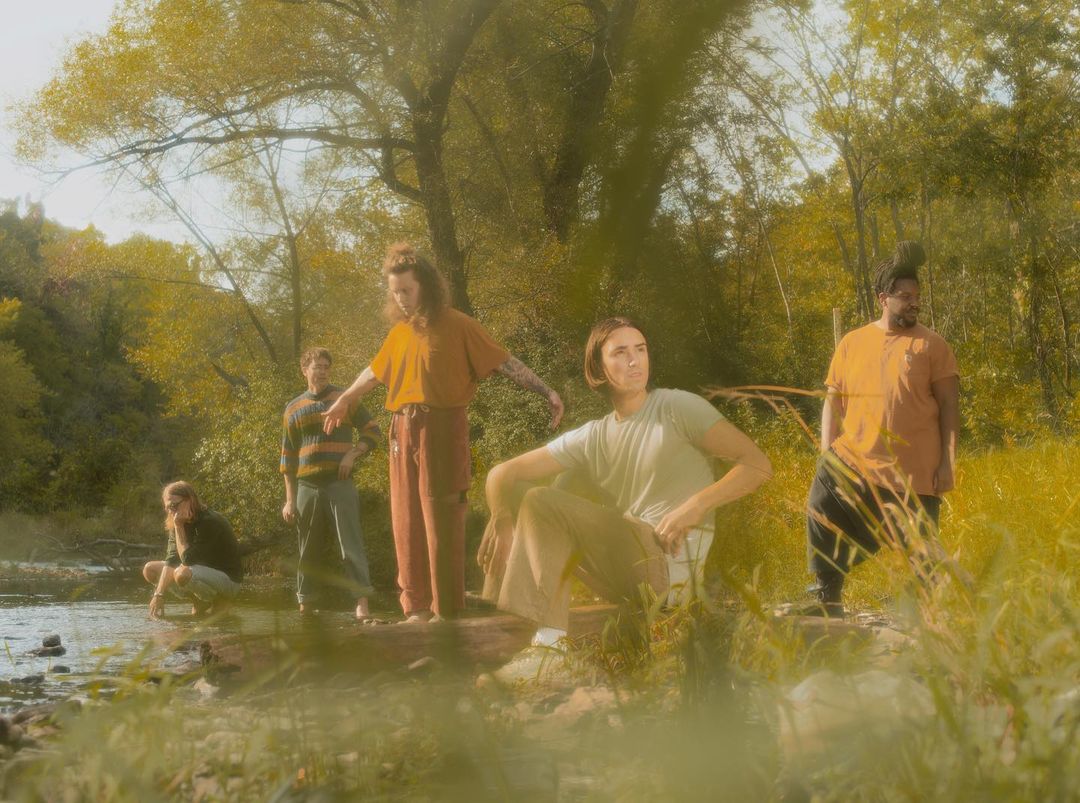 Campus Hippopotamus
Wednesday February 2
Five dreamy indie-pop tracks, Campus Hippopotamus will bring their melodic music to the Deaf Institute in February. For fans of Cub Sport and Alt j, Hippo Campus started their career in 2013 with the intention of creating the group to “make their friends dance”. That’s exactly what they managed to do, taking the rest of the world with them! 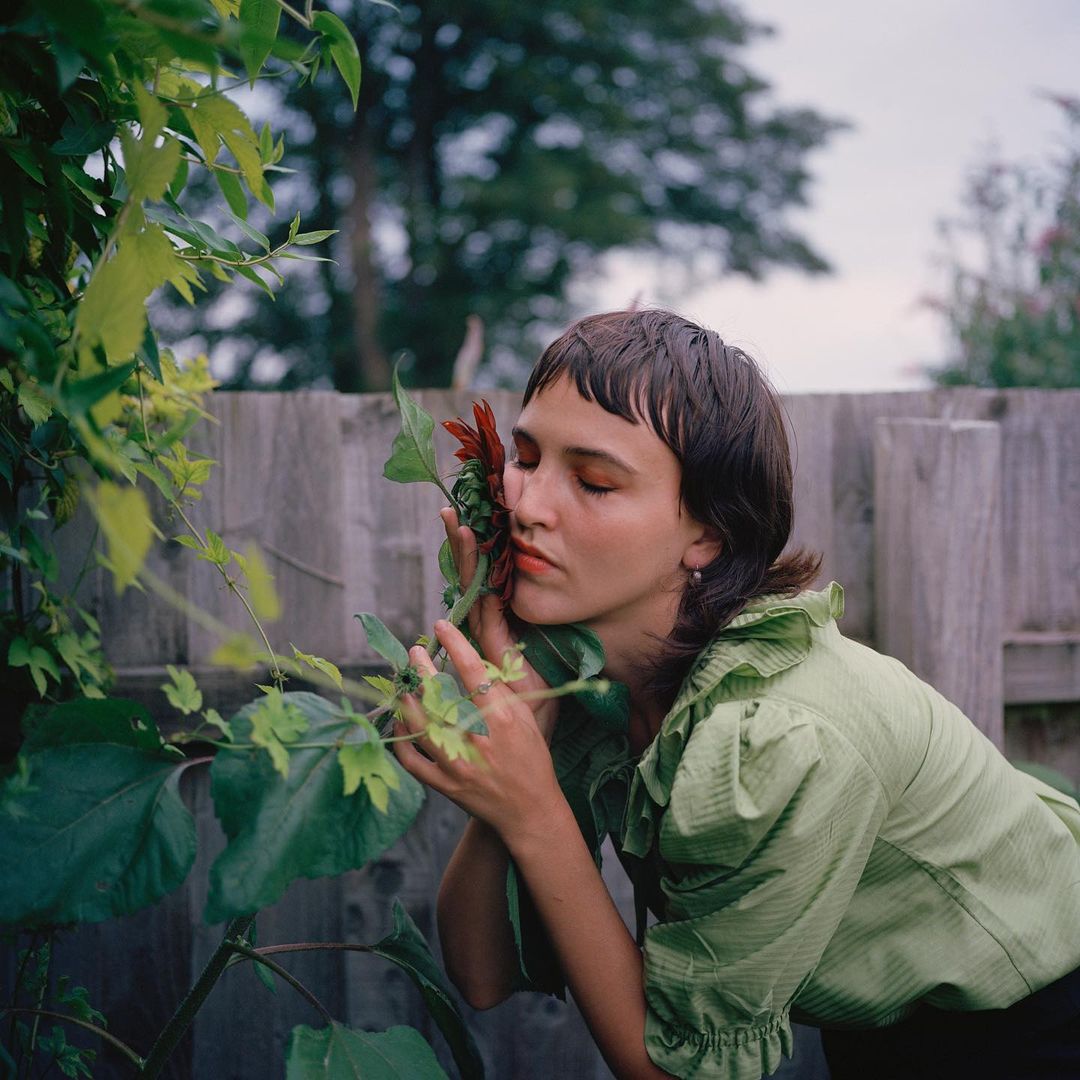 Dana Gavanski
Thursday March 3
canadian singer-songwriter, Dana Gavanski makes effortlessly cool music that wanders through the themes of grief, self-love, and reflection. Its soft and moving lyrics perfectly match its acoustically soothing music and it is definitely a must-discover for all fans of Cate LeBon. 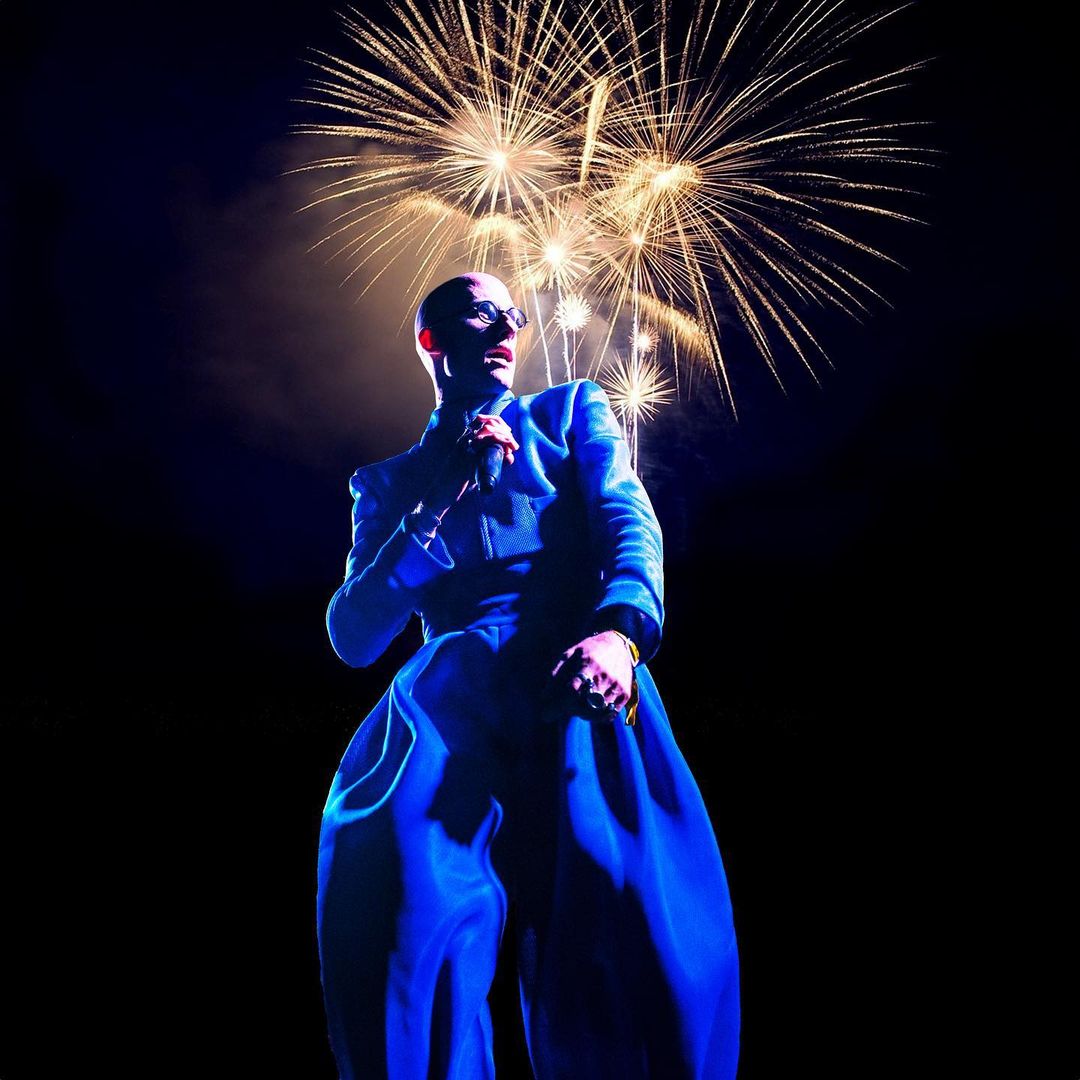 Mr Bruce
Wednesday 6 April
If you’re looking for a big boogie under the Deaf Institute disco ball, you might want to book tickets yourself to see Mr Bruce this April. With an expression of his love for British dance music, he now offers new approaches to electro, lodge, garage and dance hall. Formally half of The correspondents, a London-based electro swing duo, Mr Bruce is ready to party at the Deaf Institute this spring!

You can find tickets for all the above events by following the link below.

The Institute for the Deaf, 135 Grosvenor St, Manchester M1 7HE
www.thedeafinstitute.co.uk