Clifton Collins Jr. in the official trailer for the independent film “Jockey”

“There is no better world, there is only this one…” Sony Classics has unveiled an official US trailer for the indie drama Jockey, an intense look at the pressure of being a jockey in horse racing. This premiere premiered at the 2021 Sundance Film Festival, where it won a Special Jury Prize for starring for Clifton Collins Jr. in the lead role. An aging jockey hopes to win one last title for his longtime trainer, who owns what appears to be a championship horse. But the years – and injuries – have taken their toll on his body, questioning his ability to pursue his lifelong passion. And the arrival of a young novice rider, who also claims to be his son, whom he then takes under his wing, further complicates the path towards the realization of his dream. “Filmed on a live racetrack in Arizona and featuring real jockeys, Jockey reveals the true rider experience – real life, behind the track.” Clifton Collins Jr. stars with Molly Parker, Moses Arias, Logan Cormier, and Colleen Hartnet. The story is a bit formulaic, but this one is definitely worth watching for Clifton’s performance alone.

Here is the official US trailer (+ poster) of Clint Bentley Jockey, directly from SPC Youtube: 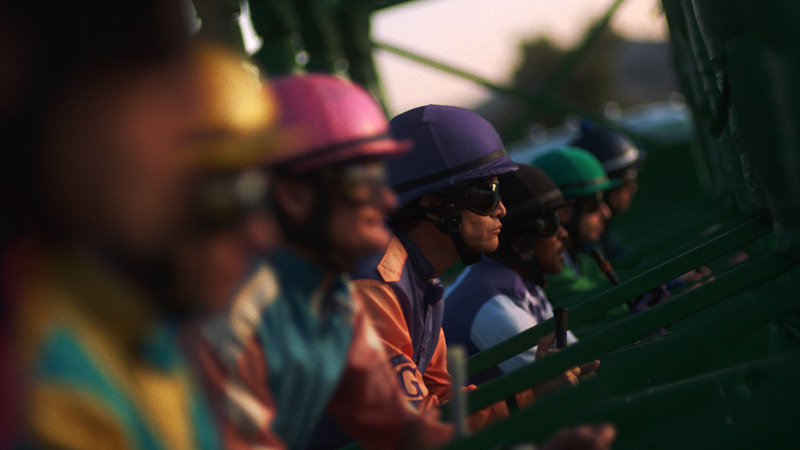 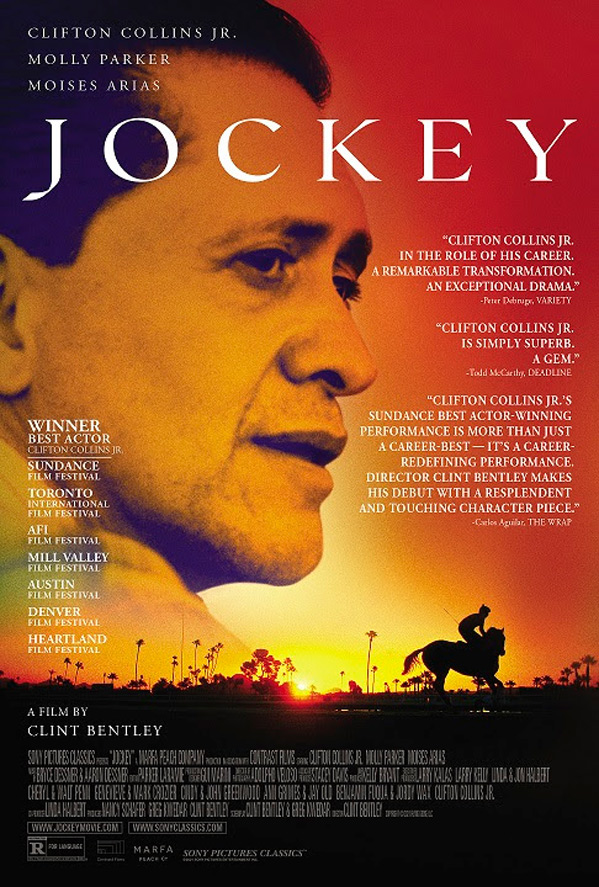 The 2021 Sundance Film Festival winner, Jockey stars Clifton in an incredible performance as an aging jockey determined to win one last championship. His dream gets complicated when a young recruit (Moises Arias Jr.) shows up claiming to be his son. Instilled with instantly engaging realism by filmmaker Clint Bentley, Jockey takes audiences inside the “underside” of track life like no other film has. Filmed on a live circuit in Arizona and featuring real jockeys, Jockey reveals the true rider experience – real life, behind the track. Jockey is directed by an up-and-coming producer/filmmaker Clint Bentley, making his directorial debut after a few shorts before. The screenplay is written by Clint Bentley and Greg Kwedar. It is produced by Clint Bentley, Greg Kwedar and Nancy Schafer. This premiered at the 2021 Sundance Film Festival earlier this year. Sony Classics will release Bentley’s Jockey in select US theaters (NY and LA) beginning December 29, 2021, with a wide release in January.