Beijing’s music scene, and in particular the rock ‘n’ roll scene, is a legend, as evidenced by articles about articles that have been written over the decades as well as numerous books, including Jonathan Campbell’s seminal red rock.

And a special member of the city’s music scene as well as China’s music scene as a whole – Music Dish*China, is celebrating 12 years in business this Friday with a performance at the newly opened 24D Livehouse near Guomao.

The wider MusicDish brand was born in New York City in 1997 as a promotional platform for international music and the independent music industry at the start of the digital age. MusicDish*China, an offshoot of this original company created in 2010 following founder Eric de Fontenay’s first adventure in Beijing a year earlier, takes the mission further, connecting not only Chinese bands to domestic and foreign listeners, but also international stages around the world. . 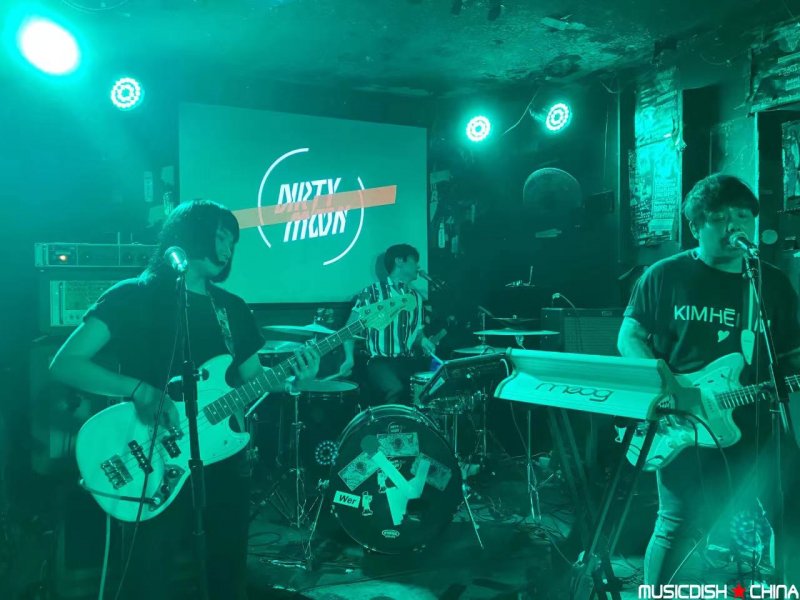 This birthday party will also have some special treats. Featuring five bands and a DJ, there will be a live cassette recording by Nugget Records, which will allow ticket buyers to take home a special memento of the event.

Moreover, de Fontenay will serve a little baijiu concoction during the event, he dubbed Beijing Berry Baijiu – BBB for short – which guests can imbibe throughout the show. 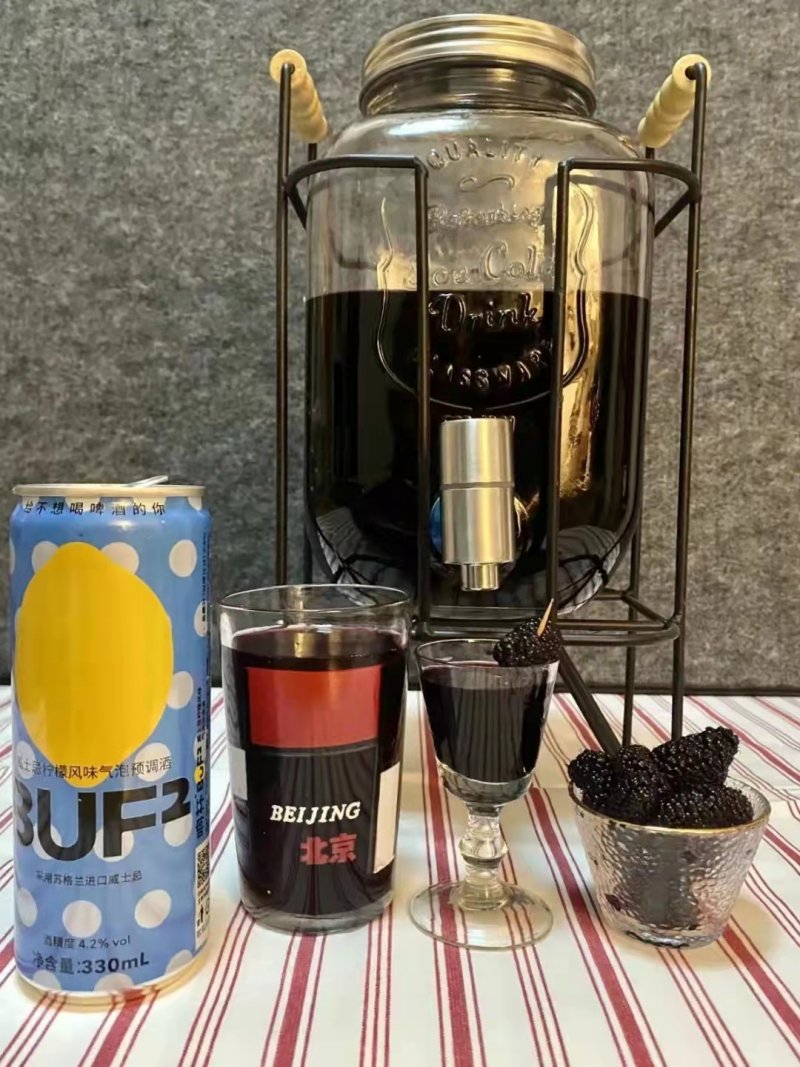 To learn more about the bands, the importance of live tape recording and the show, we spoke with the founder himself.

Tell us more about the bands playing at the event. Is their involvement significant and have you worked with them before?
It’s really great programming that reflects Beijing’s musical aesthetic and the more hardcore side of Chinese indie music. It was actually in China that I developed a deep love for the more punk side (I was more of a metal head in the 80s), so it felt fitting to celebrate 12 years in the city. And the bands really cross a wide spectrum of styles from 70s garage punk (The Diders) and 60s proto punk (Ravages) to classic OG punk (Hangnail) and grunge punk (Hindbrain) with a touch of kawaii. core (Xiaowang) . Among those bands, Xiaowang performed a Harley Quinn-inspired show we held last year at School Bar that coincided with my birthday, and I’ve been working with Ravages since the summer of last year.

12 years sounds like a milestone. What changes in the Beijing music scene have most affected you and your work during this period?
The most obvious change is the shift from a market dominated by piracy to one with multiple licensed (legal) music streaming apps. It’s been such a game-changer that Tencent has stakes in Spotify, Universal, and Warner. And now that the government has banned exclusive licensing deals, that will make it more attractive to new entrants and level the playing field a bit for artists.

The growth of the independent music scene and greater notoriety with a larger audience, especially with iQiyi summer of groupshas also undergone significant change. 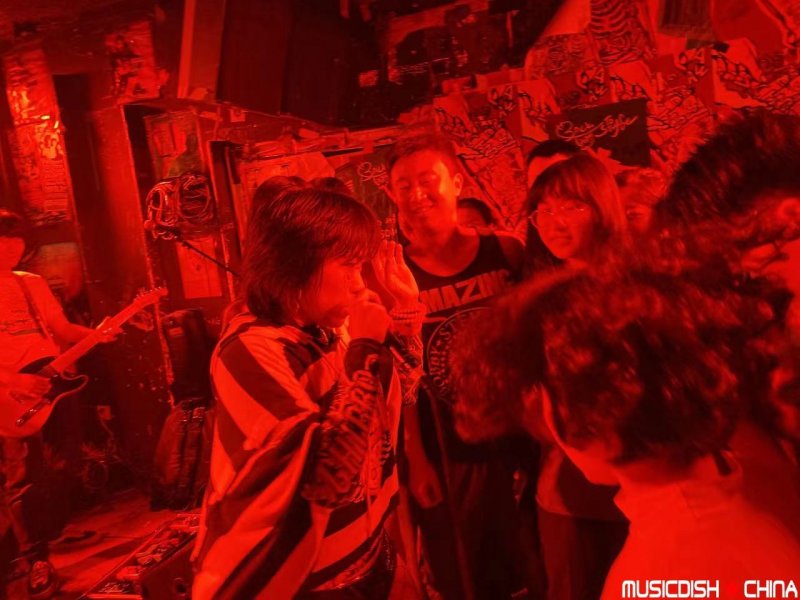 What attracted you to Beijing and how did you enter the capital’s music scene?
MusicDish actually turns 25 this year and at the time we were a media partner of many major music conferences around the world including Music Matters which was held in Hong Kong (now Singapore) at the time. I took the opportunity to tick off Beijing on my bucket list (one of my lifelong dreams) with the mission of discovering underground culture… and I was very pleasantly surprised after visiting places such as D22, Yugong Yishan and White Rabbit. The scene really made me want to play a part in it and I launched MusicDish*China in January 2010 (so our 12th anniversary). I took a patient and deliberate approach to the market, but ended up like Alice in Wonderland in the end when I discovered that the rabbit hole is much deeper than I could have ever imagined… and here I am 12 years later !

So one of the great things about this show is the live tape recording, and we understand you were into the live tape recordings at shows when you were back in New York. How was live recording for you in New York in the 80s? Did you record during big concerts or exchange cassettes of these concerts?
I grew up on tapes (I obviously hang out), making mixtapes from songs played on the radio and duplicating my friends’ tapes. It’s actually fascinated me the role dǎkǒu cassettes played for early rockers who would trade and duplicate them as a way to experience Western music. It reminded me of the days when we exchanged counterfeit tapes of concerts of the same band playing in different venues. So seeing the tape come back is quite strange and yet delightful to me. In this case, it is a perfect vehicle to capture a memory of what will certainly be a unique night, while observing the process on site with very analog machines. 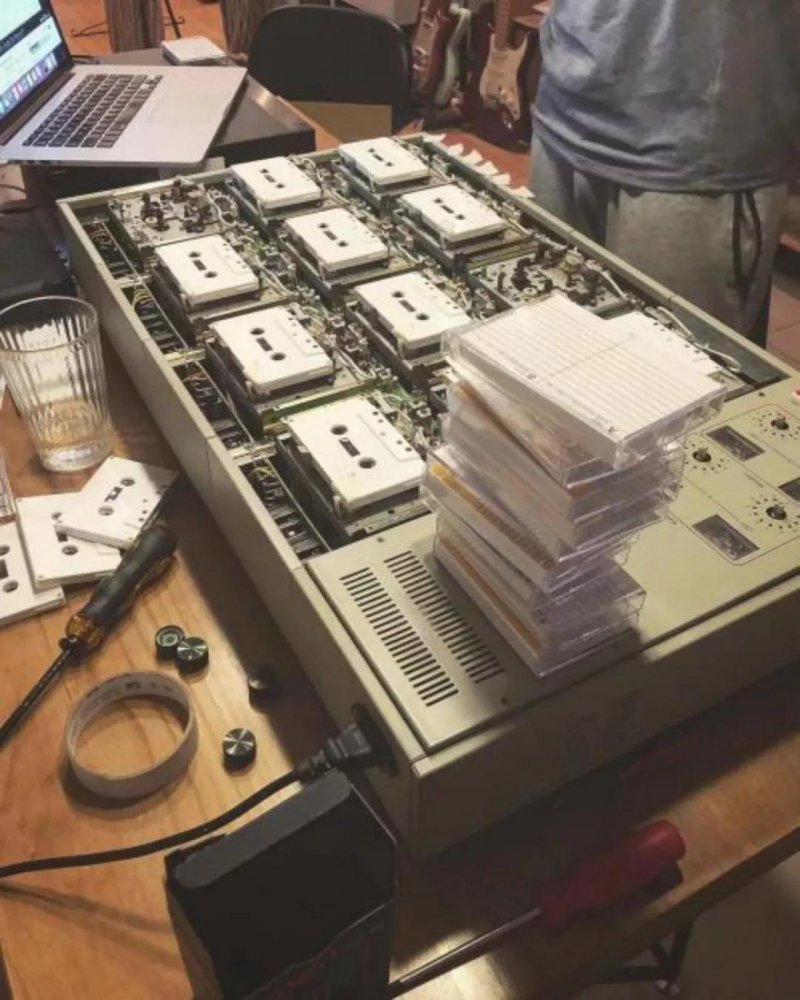 In addition to tapes, you will also offer baijiu sort of drink. What’s the story behind it?
Ah baijiu… Again I learned to drink and enjoy baijiu old school rockers. It really is a unique alcohol that fits Beijing like a glove. But the younger generation doesn’t seem to share my appreciation, preferring craft beer, whiskey or cocktails. So I decided to make a baijiu it would be appealing to them while still being very local. I started making infusions with Erguotou and blackberries which are very seasonal in Beijing in the spring (April-May), and after a few years of sharing and perfecting my concoction in a bottle with rockers and young music fans, I knew I had a hit. The idea to collaborate with BuF2 came after they tasted my Berry Beijing Baijiu and immediately started mixing it with their Whiskey Lemon RTD…and thus a marriage in heaven was born. Since it’s MusicDish*China’s 12th anniversary, it seems like the perfect opportunity for some sort of release party. 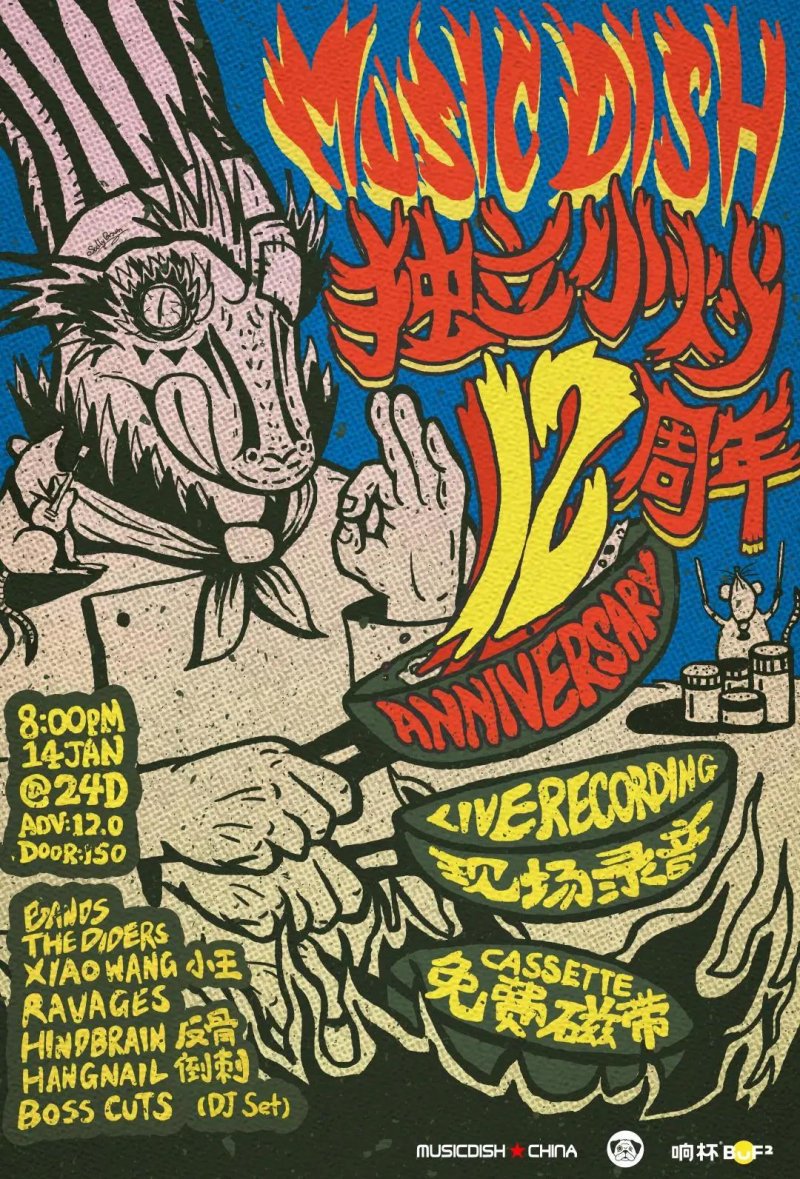 MusicDish*China’s 12th anniversary show will take place this Friday, January 14 from 8 p.m. at 24D Livehouse. Tickets cost 120 RMB in presale and 150 RMB at the door, and can be reserved by scanning the QR code below. 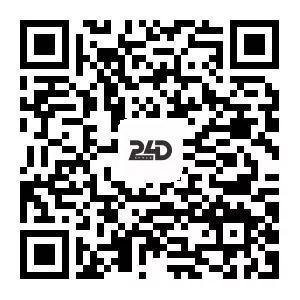 READ: MusicDish founder Eric de Fontenay: ‘It all started with this Siouxsie and the Banshees t-shirt’