The only thing better than reading a book is reading a gay book. Have you ever had the pleasure? Well, you’re in luck because we’ve compiled a list of 10 essential new LGBTQ+ books to change that for you. This list has been carefully curated to ensure there is something for everyone, because what is reading? Fundamental.

Start strong by getting yourself two amazing books in one series. The This poisoned heart series by Kalynn Bayron follows Briseis, a girl with a unique and deadly gift. She can grow plants from tiny seeds to rich flowers with just one touch. When her aunt dies, she leaves Briseis, a crumbling estate in rural New York. There, Briseis hopes to hone her abilities and harness her powers. She gets more than she bargained for with dark secrets, a centuries-old curse, and the deadliest plant on earth. The following, This bad fate, was released in 2022, so there’s plenty more to explore once you’ve devoured the first book. The series, centered around a young black protagonist, elegantly incorporates LGBTQ+ themes, including non-binary characters. This series is a great place to start if you love contemporary YA fantasy as much as we do.

If you’re looking for something a little more grounded in reality, look no further. Author Schuyler Bailar drew on his own experiences to write his first book but added elements to give his protagonist a version of childhood that Bailar never had. Obie is a Korean-American middle schooler who has always felt at home in the water. He’s an incredible swimmer trying to qualify for the Junior Olympics. He is also transgender. As he faces school pressures, bullying, competition and his first crush, Obie is determined to prove himself. Know that Obie deals with a lot of transphobia in this book. While this can be difficult for you, be sure to take breaks when you need them. Although this book came out last year, we can’t help but shout out Bailar’s fantastic inaugural work. We can’t wait to see more. 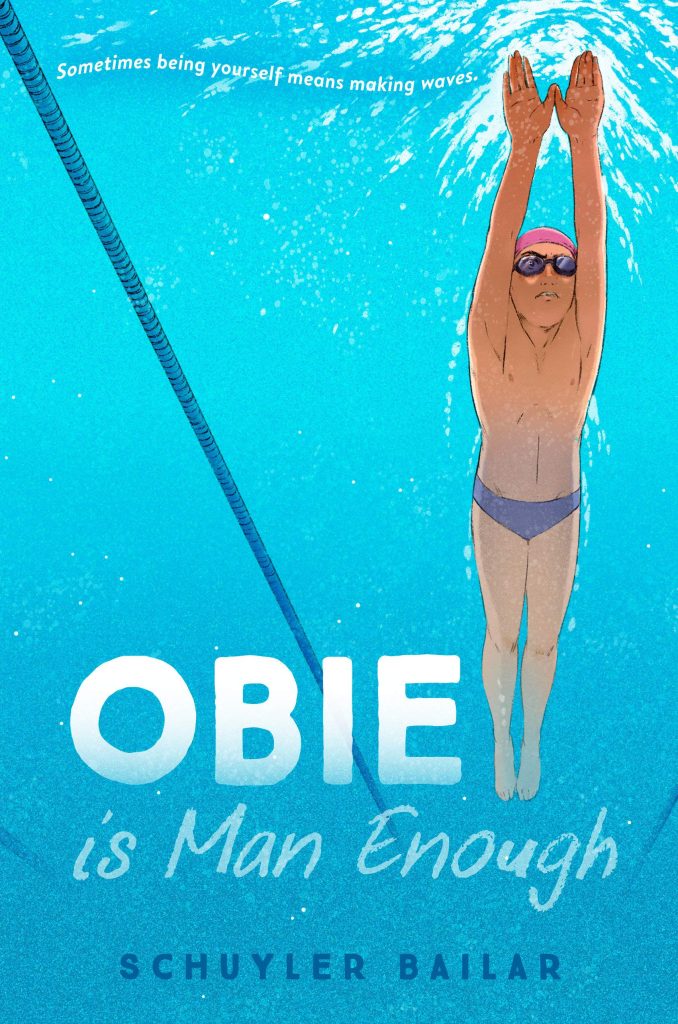 3. You made a fool of death with your beauty

In the wake of their latest book, The death of Vivek Ojinigerian writer Akwaeke Emezi is back with another book written from a deeply queer perspective. This deeply authentic novel follows Feyi as she heals from the trauma of widowhood and finds new love. Her best friend decides to help Feyi get back into the dating scene, but Feyi finds herself embroiled in a complicated love triangle. After a torrid night in Brooklyn, she develops feelings for Nasir. Shortly after, during a visit to an idyllic island, she meets her father Alim’s eyes. Emezi’s work artfully explores themes of desire, devotion, love, loyalty and morality. The book also features a supportive queer friendship and two bisexual main characters. It’s essential reading, and Amazon Studios has already secured the rights to adapt the book into a feature film. Do yourself a favor and grab this one. 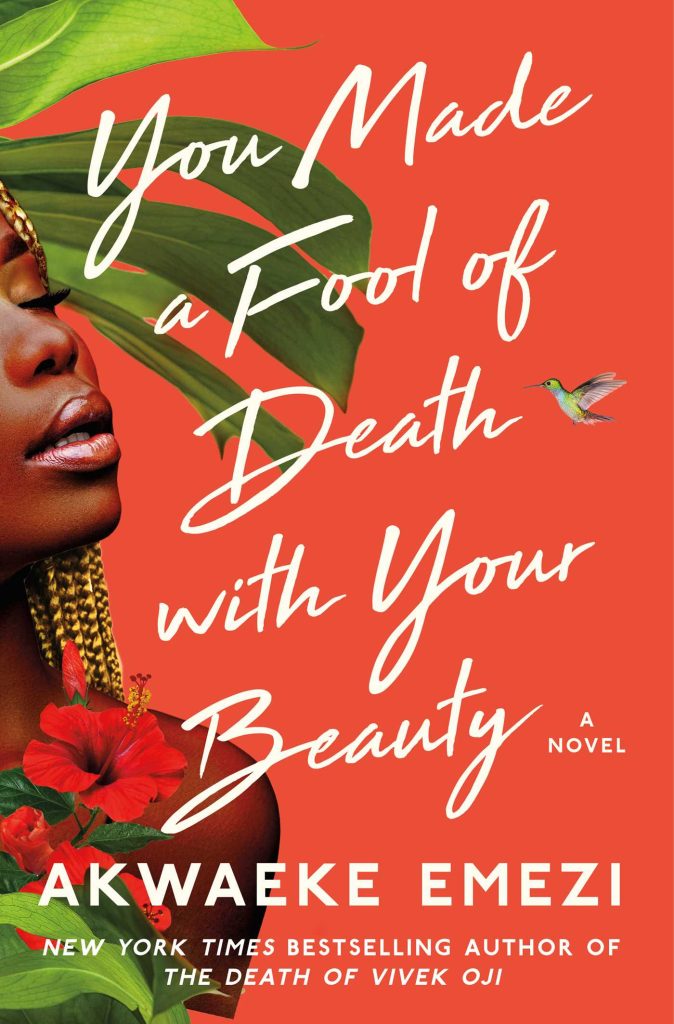 Lily You made a fool of death with your beauty: Bookstore | Amazon | IndieBound

Let’s freshen things up a bit with this irresistible YA book from AL Graziadei. Icebreaker follows seventeen-year-old Mickey James III from a prestigious family of NHL stars. The only person standing in his way as he battles for the top spot in the league draft is Jaysen Caulfield. The two hockey players go head-to-head as they try to excel at their sport, but find themselves locked in a story of “romance rivals.” This story is about falling in love, finding your team (on and off the ice), and choosing your own path. 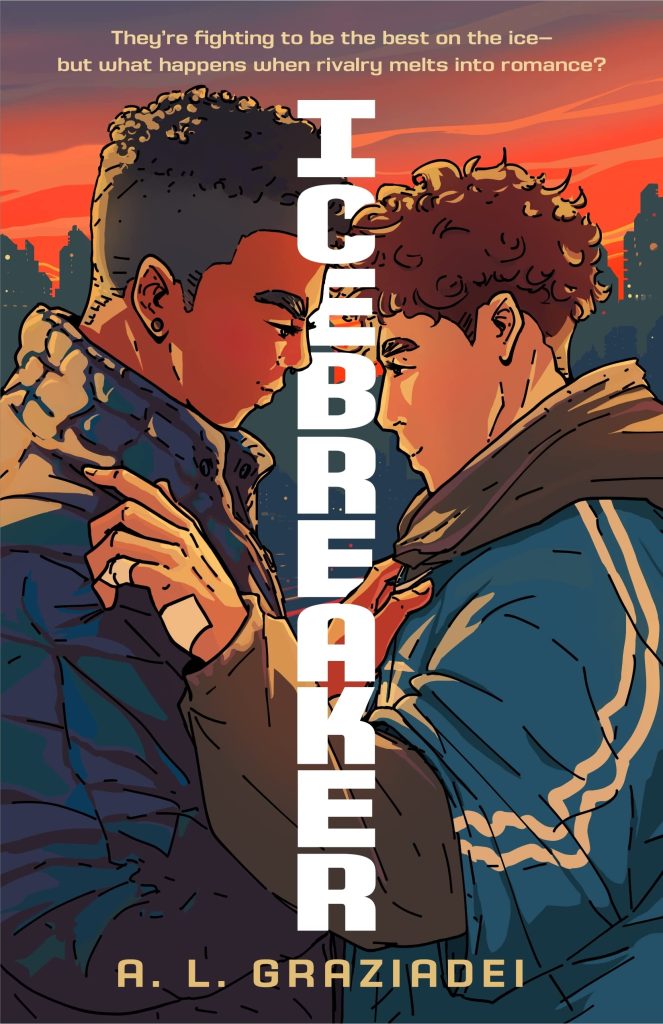 Assuming you’re going through this list one by one, I’d say it’s time for something a little more warm and comforting. Author Raquel Marie makes its contemporary YA debut with a warm hug. The book follows Ophelia Rojas, who begins the story knowing exactly what she likes. His friends, Cuban cuisine, the rose garden and the boys. That is until she meets Talia Sanchez, who sets Ophelia on a path of self-discovery lined with fractured friendships and new love. As her vision of herself unfolds, will she let go of the fantasy version of herself or rediscover who she really is, after all? This delicate coming-of-age story is a fantastic debut for Racquel Marie and a shining example of queer Latin representation. 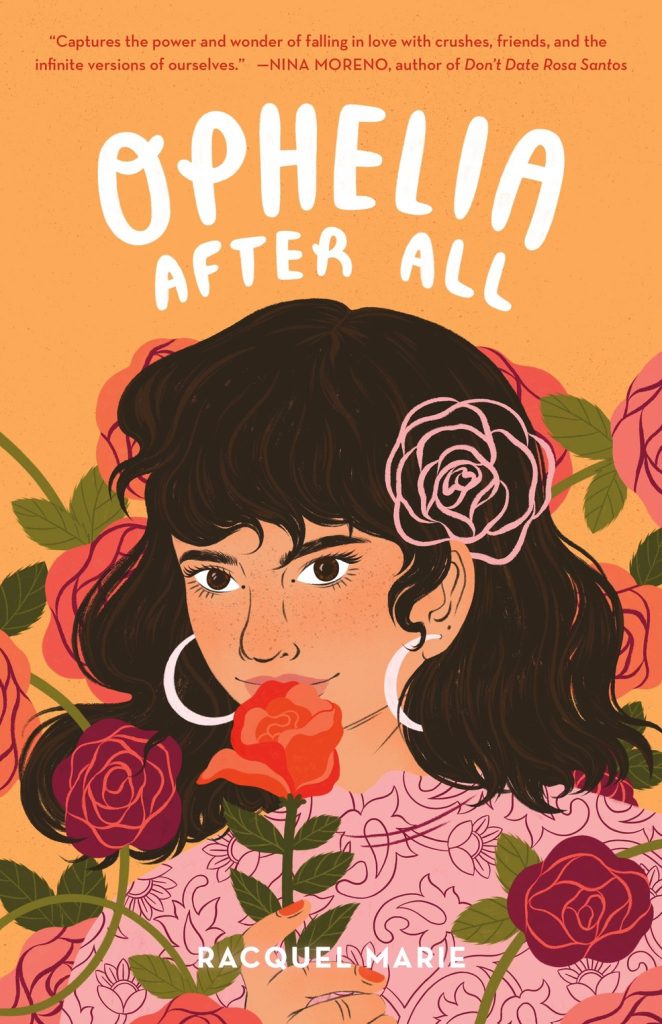 What if Jane Austen wrote weird characters? The Venn diagram between Jane Austen readers and LGBTQ+ readers may not be a circle, but there is a distinct overlap. For those of us in the middle, there’s Infamous. Non-binary author Lex Croucher made their literary debut last year with Reputation, a classic romantic comedy with a Regency twist. Their latest book takes readers back to the Regency era for a fun Sapphic adventure. The story follows Eddie, an ignorant and stubborn aspiring author, and his cool and sexy best friend, Rose. As Eddie struggles to finish his novel, his situation with Edie becomes a distraction. She escapes to indulge in pure hedonism with a charming poet and his entourage of eccentric artists in a crumbling Gothic estate. It doesn’t take long before Eddie realizes that all is not what it seems. Equal parts clever and hilarious, Infamous is a must for fans of historical fiction. If you want to see what happens when Library meets Bridgertongrab this one today.

Related | 7 homosexual couples photographed from then to now 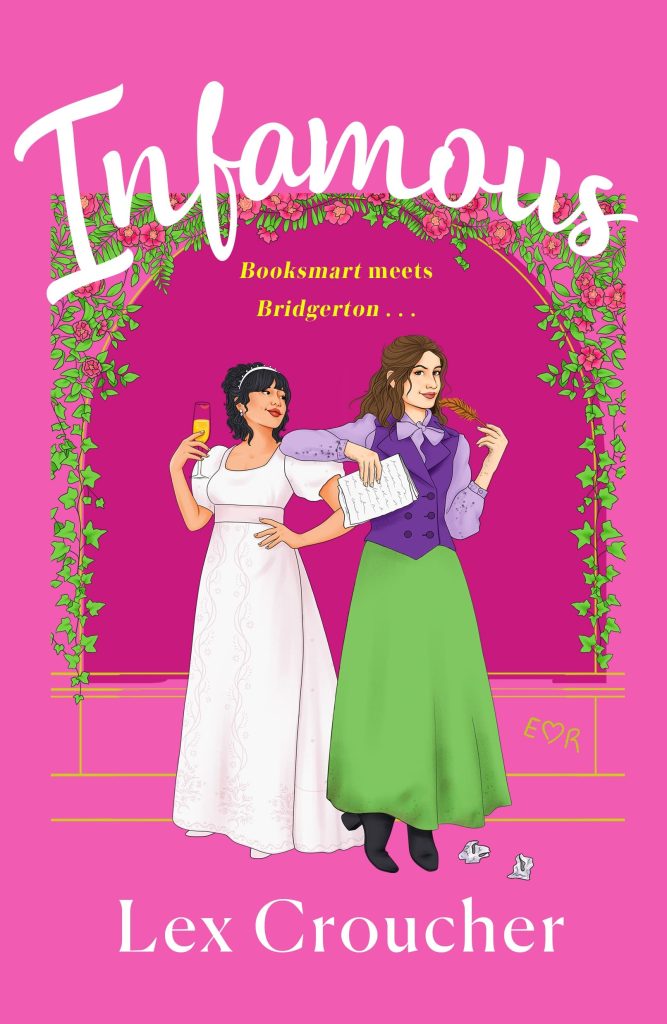 While we’re back here in historical fiction, let’s add some chaotic bisexual energy, shall we? Miss Revolution by Zoe Sivak tells the story of Sylvie de Rosiers, daughter of a wealthy planter and slave of 18th century Saint Domingue society. Although she was born into privilege, Sylvie was never fully accepted by the island elites. She later flees the island to Paris to escape a violent rebellion that marked the start of the Haitian Revolution. She didn’t know she was out of the frying pan and into the fire. His life soon intertwined with famous revolutionaries, including Maximilien Robespierre and his mistress, Cornélie Duplay. As the Terror ensues, Sylvie must find herself increasingly torn between Robespierre’s ideology and Cornélie’s love. This one is as timely as it is moving, and we highly recommend it. 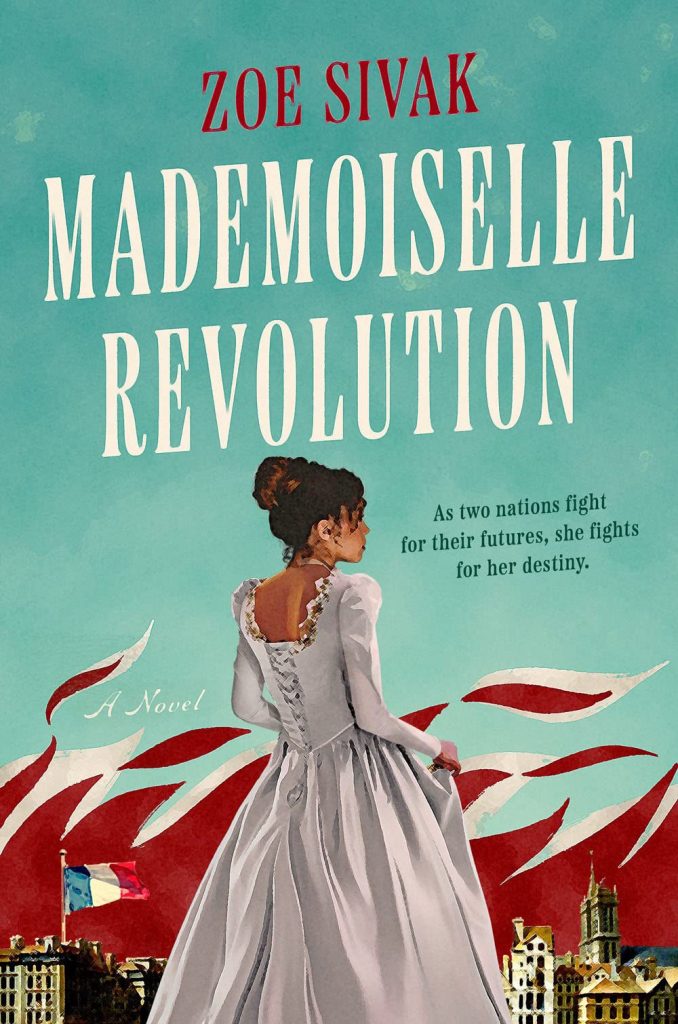 8. She who became the sun

Before we leave the realm of queer historical fiction (can you say we’re biased?), we have one more step in history. The one who became the sun by author Shelley Parker Chan takes place in 1345, during the decline of the Yuan dynasty. The story follows an unnamed daughter of the Zhu family and their beloved son Zhu Chongba. After a raid by bandits orphans them both, Zhu Chongba, who was meant to represent greatness, succumbs to his grief and dies. Our protagonist, supposedly worthless, assumes the identity of her brother to enter a monastery as a young novice. From there, she can step into the greatness expected of her brother and rebel against the harsh conditions of Mongol rule. If you’re anything like us, the idea of ​​exploring an alternate version of Chinese history through the eyes of a gender-nonconforming protagonist is very exciting. Good instincts. This book is a true epic of impressive proportions. Drink on every page. You can also file it under “released last year, but we couldn’t resist”. 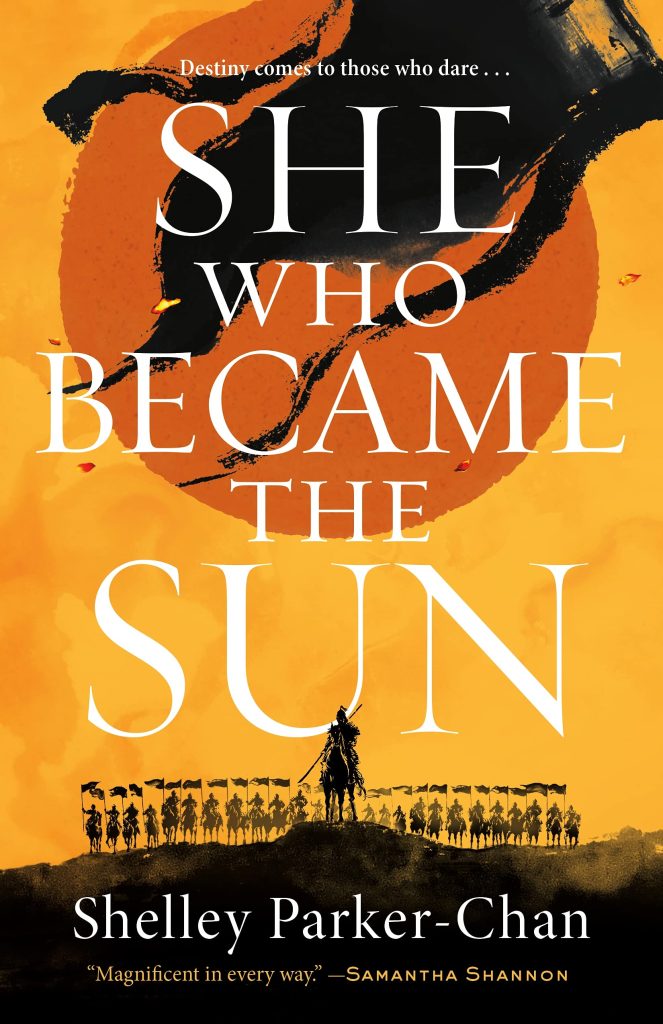 Lily The one who became the sun: Bookstore | Amazon | IndieBound

If historical fiction isn’t your thing, let’s go back to the future with The Infinite Circus by Khan Wong. The book follows Jes, who lands a circus job on the pleasure moon. Jes, hunted by those who want to study his gravity powers, has a bounty on his head and suddenly finds himself between a rock and a hard place. He is faced with the decision of whether to blow his cover or meet the gruesome demands made on him by a crime boss who learns of his situation. The Infinite Circus is a fresh take on typical sci-fi storytelling and doesn’t shy away from dark subject matter like death, torture, and violence. We should also mention that this book features an asexual protagonist – a truly rare find! 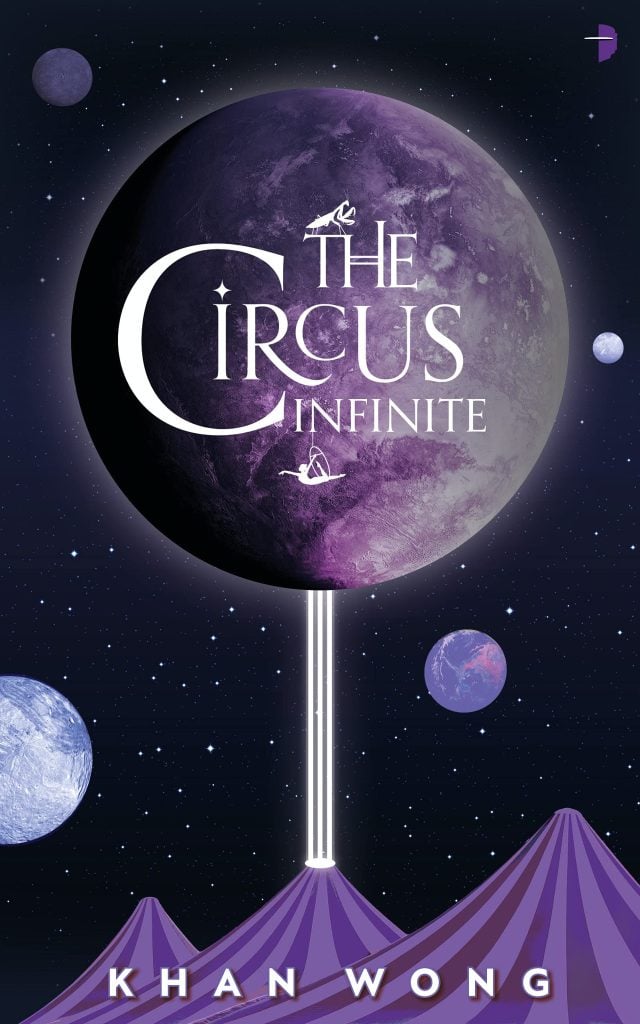 Now that we’ve had our fill of fiction, it’s time for an incredible piece of non-fiction, don’t you think? The Women’s Detention House: A Queer Story of a Forgotten Prison is an essential book for every queer person’s collection. Author Hugh Ryan explores a world that is so often overlooked in LGBTQ+ history. Ryan explores the little-known lives of New York women incarcerated in the assertive “Women’s House of Detention.” Between 1929 and 1974, tens of thousands of women, trans men and gender non-conforming people were packed into overcrowded cells. Among them are notable names such as Angela Davis, Afeni Shakur and Andrea Dworkin. At the time, D’s house was a cage for countless queer people. The book explains how the system punishes poor, gay, and black women and people for simply existing. When you put this book down, you’ll come away with a better understanding of queer history and a uniquely queer case for prison abolition. Don’t skip this one. 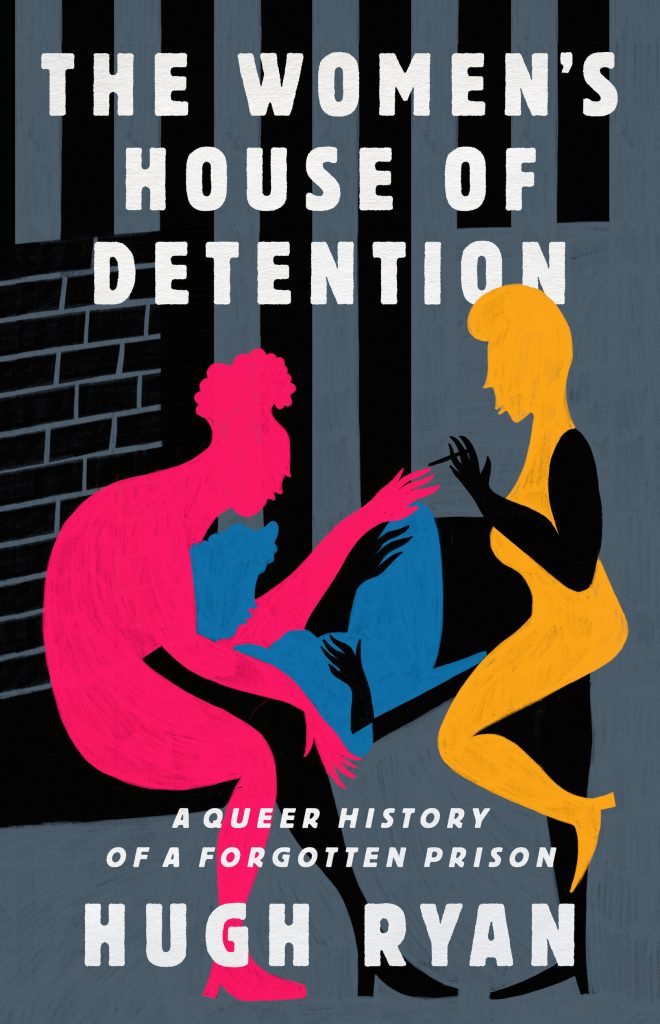 Maybe you prefer fantasy books filled with magic or books based on the lived experiences of queer people today. Maybe you’re looking for a steamy romance, an icy rivalry, or a warm hug. You may be looking for historical fiction or an exciting sci-fi adventure. Or maybe you just want to connect with real queer history. Whatever you’re looking for, there’s an LGBTQ+ book for you. Books with protagonists who look something like you or speak something like you. People who share some of your lived experiences or live some of your most fantastic dreams. They may not be in these 10 LGBTQ+ books, but never stop looking. They can change lives.